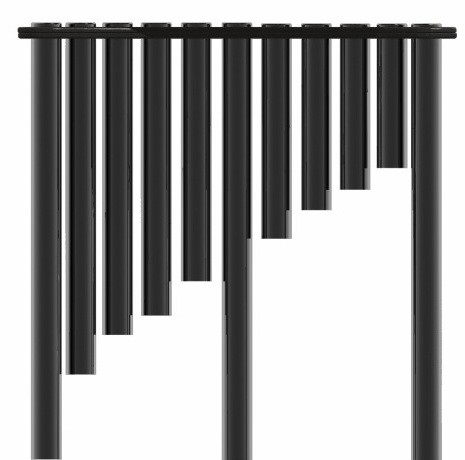 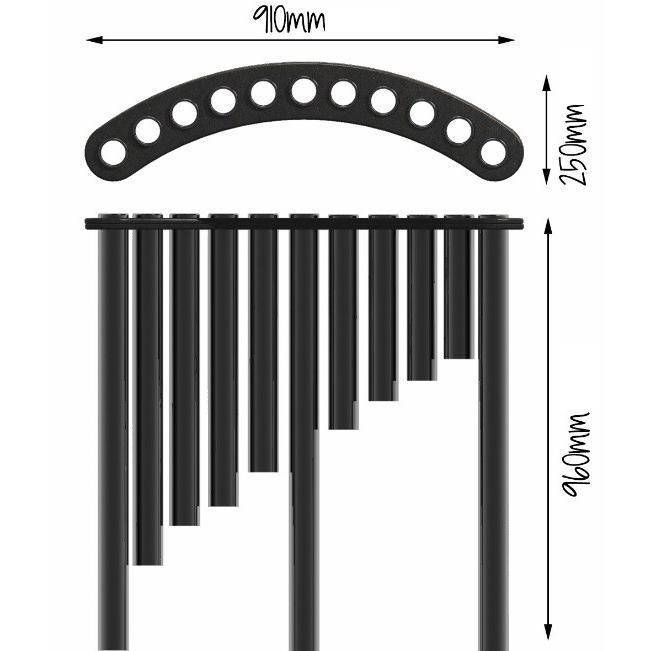 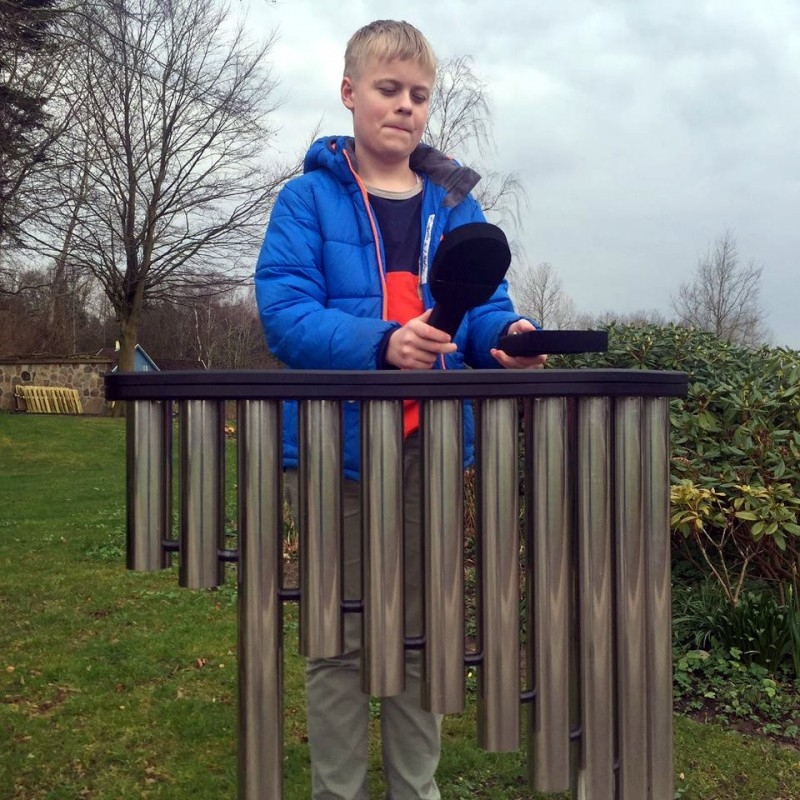 A musical instrument-type device resembling pan flutes in the form of 11 bells, emitting sounds of different tones. The sound is produced by striking the bells rhythmically with your hand or the attached “blades”. In addition to playing the instrument, you can also listen to the sounds of the sea, which it “brings out”, just like a shell, just put your ear to the top of the bell. The sounds coming out are in the C Major Diatonic scale from G3 to C5. The product is intended for outdoor use. It can also be used by people with disabilities. The instrument can be concreted in the ground or screwed to foundations. The device is intended for one person.

Dimensional differences not greater than +/- 5% are allowed

Construction made of stainless steel.