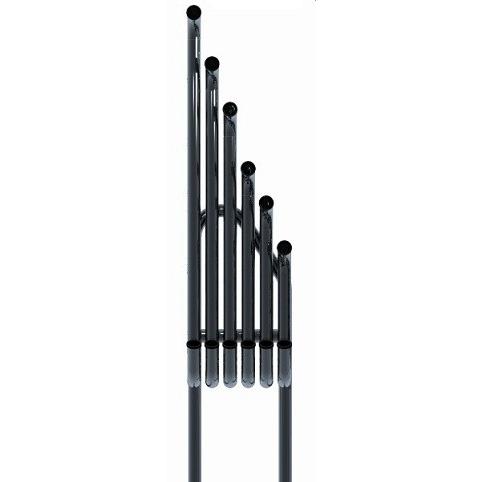 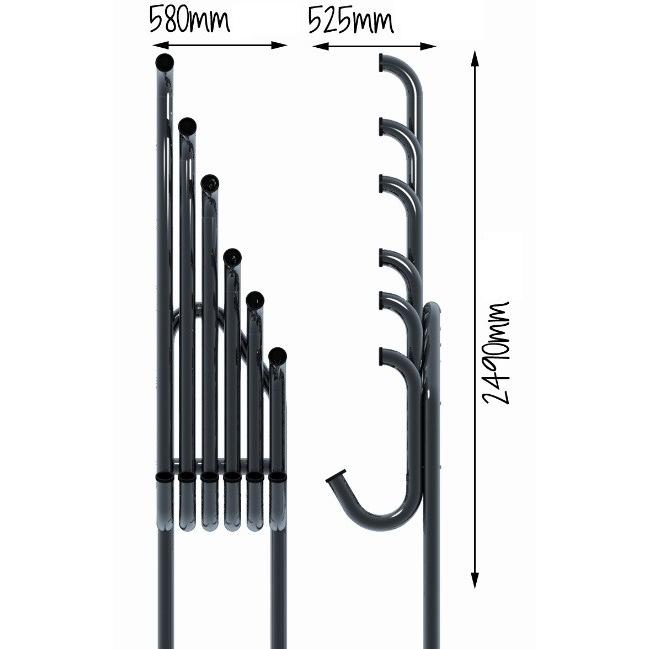 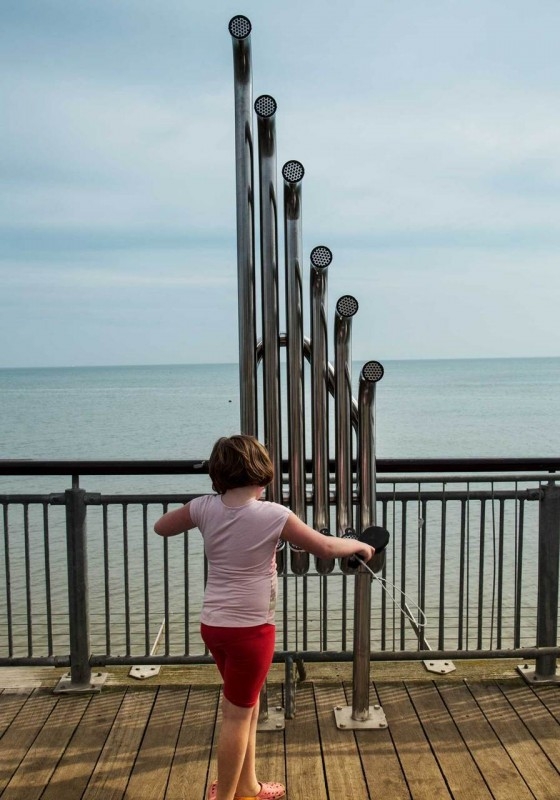 A musical instrument-type device resembling an elephant’s trunk in the shape of pipes. The sound is produced by hitting one of the six tubes with the included “paddles”, which creates a slight shock of air inside the tubes, which echoes and comes out to produce sound. The sounds coming out are on a C Major scale from C3 to C4, and the placement of the pipes from highest to lowest further enhances the audibility of the sounds produced. The product is intended for outdoor use. It can also be used by people with disabilities. The instrument can be concreted in the ground or screwed to foundations. A device designed for five or more people. The volume level of the sound coming from the instrument at a distance of: 50 m is 51 dB, at a distance of 10 m it is 59 dB, and at a distance of less than 3 m it is 88 dB.

Dimensional differences not greater than +/- 5% are allowed